Recovery after Carpal Tunnel Release Surgery : What to Expect 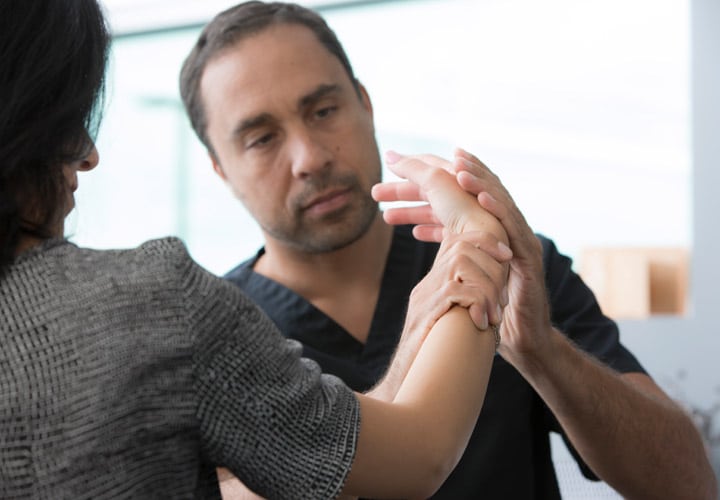 Carpal tunnel release surgery involves cutting the transverse carpal ligament in the hand to reduce the pressure on the median nerve in the carpal tunnel. This is the only way to  resolve carpal tunnel syndrome symptoms permanently

There are two surgical techniques a surgeon may consider: open or endoscopic release. Each method has its unique characteristics and merits. Various factors such as the surgeon’s expertise, the patient’s preference, the cost of surgery and medical setting (hospital vs private clinic) may influence the type of surgery a hand surgeon performs on the patient.

Open release, also known as the traditional method, is the most commonly performed technique. This technique consists in accessing and cutting the carpal ligament through a 2-inch incision located in the palm of the hand. It is done under a local anesthesia and is an outpatient procedure.

Open carpal tunnel surgery is safe and effective in resolving the symptoms of carpal tunnel syndrome but patients are prone to scar tenderness and post-operative pain in the palm. This method is also associated with a longer recovery.

The endoscopic carpal tunnel surgery is done with the use of miniature instruments (including a camera) inserted through a tiny incision made in the wrist under local anesthesia. The procedure takes a few minutes and does not typically require stitches. Unlike with the classic method, the skin and muscles of the hand are not damaged.

Endoscopic carpal tunnel surgery ensures faster wound healing and is associated with  less scar pain due to the small incision made on the skin. It can be performed on both sides at the same time which allows for only one recovery period.

A study assessing this outcome on a large population scale showed that patients who underwent endoscopic carpal tunnel surgery returned to work 18 days earlier than those with open carpal tunnel surgery (Travers 2005). The same study showed that the average time before resuming driving is 3 days after endoscopic decompression compared to 28 days with the classic intervention.

There was no significant differences in both groups regarding  improvement in sensation and strengths during the follow up. This shows that both open and endoscopic carpal surgery are effective in improving the sensation and motor functions of the hand after surgery.

Although the effectiveness rate of the two methods is comparable and they both have very low complication and recurrence rates, the risk of post-operative infection is higher in those who had open carpal tunnel surgery.

In general, the satisfaction rate of patients who have undergone endoscopic decompression is much higher. As part of an experiment carried out by Dr Jean-Luc Pellat, from the Institute of the hand and the upper limb of Marseilles, during which 100 patients were operated on one side in a conventional way and on the other by endoscopy, 95% preferred the endoscopic method.

The table below presents a summary of the differences between the 2 types of carpal tunnel surgery:

Carpal tunnel surgery is best performed by a hand surgeon due to the complexity of the surgery and to minimize the associated risks. Patients who have endoscopic carpal tunnel surgery have been proven to have less postoperative scar pain and quicker return to work than those who have open surgery. 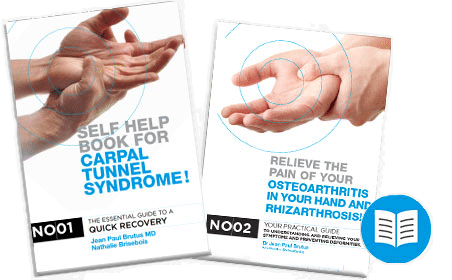 Download your free guide!
Dr. Brutus offers a series of publications on a variety of health topics. Written in a clear and simple language, in collaboration with experts of various fields, these books are offered free of charge in downloadable version.